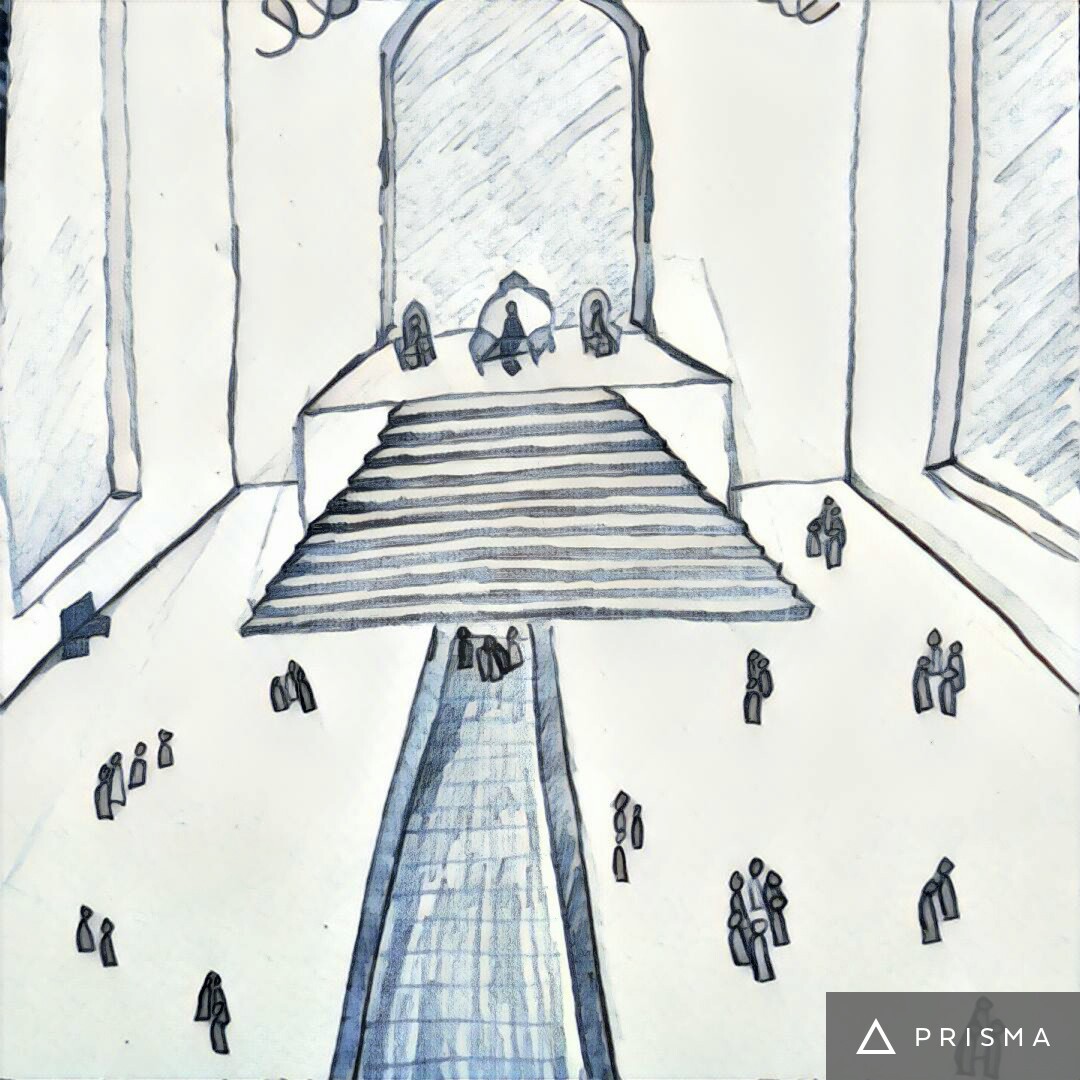 Tranquility is where dreams are made. There is a beautiful place in the deepest core of all hearts. This place must be cared for, otherwise it withers. Once it has been destroyed, it is nearly impossible to bring back. Without this place of peace, beauty and dreams, there is only darkness.

The overworld is a light and beautiful place that is situated high above the surface of the old world. Domes of pure crystal shine in the artificial light of their synthetic suns. Roads of a strong translucent metal make arcs over vast gardens of green and blue and any other colour of the rainbow. Cars working off of clean energy zip through the sky as the force field covered world lives protected from the harsh sandstorms.

In this place that is called paradise there is an imposing building made of white marble like an old Grecian temple. Its great doorway is surrounded by high pillars. The edifice blends into the clean whiteness and shine of the surroundings, yet it stands out like a sore thumb. Where other buildings are curved and fluid, this building is rectangular and harsh. This is the House of Powers and Patrons.

The throne room is as large as three football fields. Patrons and courtiers from the People mingle here day and night as a sort of powerless parliament that works as the sounding board of the three Powers.

The great doors to the hall that reach up as much as fifty metres open with a boom and two soldiers enter dragging between them a wretched figure. It is dressed in grey rags, its great gtey wings dragging on the marble floors. It is one of the creatures never spoken of, a Chimera of the lion variety.

The guards come to the foot of the great steps that lead up to the three thrones of the triumvirate of power. They dump the Chimera there with a violent shove. First of Patrons leans forward to examine the creature with disgust noting that by dragging it there, it had left a behind a track of filth. First of People simply gasps in astonishment. He has heard of the whispers of the monsters living under paradise in he’ll, but has never thought he would ever live to see one himself. Great Majesty of Paradise doesn’t move or look at the creature, simply keeps her (his) fingers together as s (he) does most of the time.

Time passes, the artificial suns begin to darken as evening approaches. It isn’t until it’s completely dark that Great Majesty gets up and descends the stairs as is custom at the end of each day. Coming to the end of the stairs s(he) seems almost surprised that the creature is still there.

“Thing, what are you doing here?” Great Majesty asks in a bored voice. The creature’s stirs.

“I was brought here against my will”, it answers bitterly.

“And what an really you?” Great Majesty continues without caring.

“I am a Chimera of the Great House of Atnan, one of the Thannaqya, first advisor to Alwara’a and Alwakarh of the Chimera race”, the creature intones with pride. Great Majesty of Paradise laughs at this.

“We are indeed in the company of monster royalty. I am honoured. I have heard of you animals. You are dealt with by the Patrons, it is their privilege and curse. Animal, what is your name?”

The Chimera looks up revealing slit green snake-eyes, greys cales and a brown mane. His countenance is terrifying to the Courtiers and most of the lower Patrons, but Great Majesty finds it exotic and oddly beautiful. 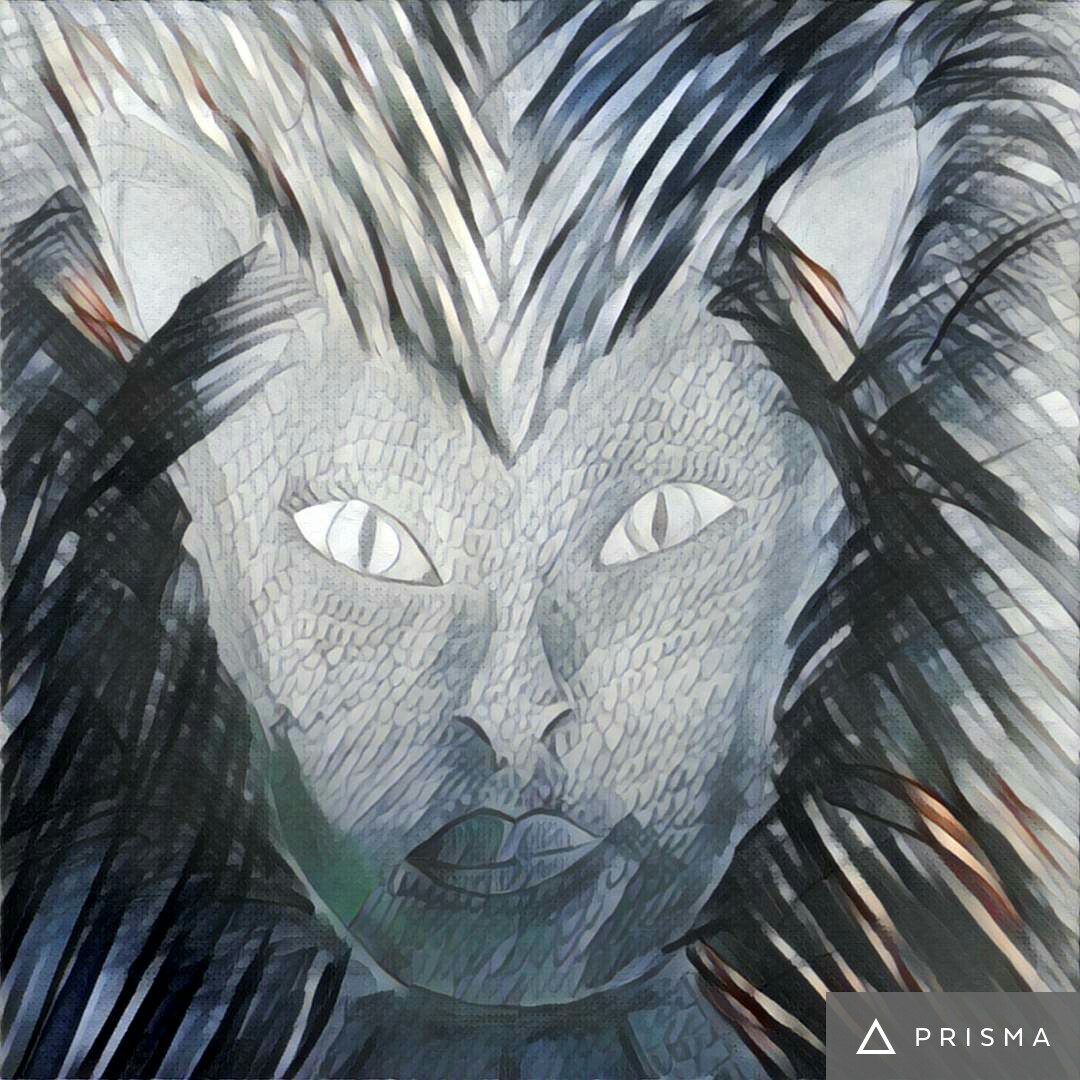 All men are self-governing. What is right and wrong is determined by the actions of the people. There is no such thing as destiny. All men make their own path. There is only the survival of life and the struggle not to die, for what else is there. Noble ideas and people are dead and gone. What can be done with nobility when you starve? What worth is an idea of peace and equality when the strongest prevail? There is no yesterday, nor tomorrow. The sky is always grey and the streets always dark. The Shadows are alive and creep. If someone has a roof over their heads, they are lucky. If someone has a jb, they are part of the elite few. If someone has food, they are emperors of the underworld. Crime is rampant. There is no hope.

That is what she had believed her whole life. She was one of the street rats, a creature that had no place in the technologically advanced overworld where hunger was a myth and the suffering of the underworld a well-kept secret. Part-animal, part-human, she was a descendant of the Chimera.

The Chimera had been the result of a long and exhausting scientificc research that had had the goal of improving the human genome. The team of scientists, a culmination of several generations of work, had used the dna of several animals sequenced together with that of two human embryos, the children of the future, Alwal and Thania. Yet instead of a genetically engineered superhuman, the Chimera race was born.

She, like many of her kin, had the mane of a lion and the great cat-king’s strength.  Her mane was black as pitch and flowed down her back in a velvety waterfall of curls framing her face. She had the nose of a snake and scales covered her from head to toe. They were a deep purple with blue, slitted eyes. The wings on her back surged upwards handsomely covered in dark, black eagle feathers. Her toes and fingers had retractable claws like those of a cat.

In her heritage, she was indeed one of the lucky ones. Though she yawned like a lion, roared when she was mad and had a liking for meat on the rare side, she was intelligent, more than an average human and definitely more than the greatest minds of the overworld.

There were several types of Chimera. Three, in fact, from the three human enchancing projects. The descendants of the latter undertakings weren’t as fortunate as the descendants of Alwal and Thania. From the second, came four Chimera who were quite normal, as far as the race went, but those of the last project were notorious. The purpose had been to infuse the power of the gorilla into the human race. Instead, it had made new Chimera, the six. They had been beasts consumed with rage towards those who had created them. They were monsters of pure instinct and raw power. An ideal weapon if harnessed properly.

Alktyra was what the Chimera called Naqy, the pure. Being a Naqy of Atnan gave her power had she wanted it, but things had changed in the Chimera world.

Those who had raised her had told her several times that they could pinpoint the exact moment everything had changed. It was the death, massacre, of Alktyra’s parents. They had been Alwara’a and Alwakarh, first female and male, essentially the empress and emperor of the Chimera. Theere had been no others to take their place as she had been too young to inherit the throne. She was also the only Naqy of Atnan left.

It had been drafted into Chimera law that no other than a Naqy of Atnan could rule the Chimera.

Everything had darkened. The Chimera world had been taken over by the lower houses of Atnan and Thym. They ruled over the weaker and kinder of Arbe with force and cruelty. These lower houses were supported by factions of the overworld as a form of entertainment and proxy war to drive their own political agenda.

Alktyra Naqy had been raised by her parents advisors, the Thannaqya or the second pure, an elite of Atnan Chimera who were nearly pure in their bloodlines descending from the first Alwara’a and Alwakarh. But the Thannaqya had been decimated when she had been eight, all but Almustashar who had disappeared long before to the overworld.

Alktyra scavenged the garbage dump turning her lion-ears nervously as her tail twitched. She had not eaten in days as there had been nothing even resembling edible to find. Food was scarce and she suspected that the oppressed Arbe used all they could of the food they did have.

As she searched, she heard heavy footsteps nearing from the opening of the back alley that contained nothing but grey, decaying backs of buildings, rotting garbage and a few filthy containers, one of which she was currently rummaging through. She stilled her movements and listened. She knew she was not directly visible from the alleyway opening. Many lessons in her twenty years had taught her to never have her back facing a potential enemy.

Look at the leaves in the sun shining

It is spring, it is summer

The birds singing in the trees, pining

What I see is different from the truth

There is no dreamy weather

No thing is any better

What I want is the balmy sun

To bring a new era to this fun

The end of no forever

About all the things happening

Of all the things hidden in plain sight

Do you see behind the façade

Behind your eyes, the sun strip malls

The series, celebs and scandals

Modern world we live in, so wonderful

Truth is hard to see behind it

The common life will keep us busy