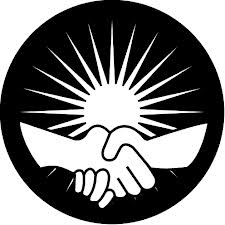 “Maddy, he has fed stories of the lower world to you since you were seven years old. I would say that he has so far trained you pretty well.“Maddy clenched her hands into fists. “What are you implying? That he lied to me?““I mean,” The Nameless said, “that a man may plant a tree for several reasons. Maybe he likes the tree. Maybe he wants some shade. Or maybe he knows that it may one day be required for firewood.“ -Joanne Harris, Runemarks


Trust is the most important part of a good friendship, and one cannot know who is a true friend before times are difficult. From this comes the saying “a friend in need is a friend indeed.“

Without trust there is no friendship, or any relationships at all. Trust can be undermined with a lot of things. Doubt is one of these scourges.

Even without knowing it one can do things that make the trust one’s friends to disappear. In these cases an apology and explanation are the best cures.

A true friend takes into account the friendship in all his or her actions, and always thinks of the best friend and himself or herself. He or she is empathetic or sympathetic, honest, sincere, and there is mutual understanding among friends.

Sometimes, however, true friends can also come across circumstances where disputes are unavoidable by the two. The showing of angry emotions can be positive, as long as the partiesargue constructively, searching for a suitable solution for both.

“A true friend will never make your life more difficult – unless you’re on the way down.” -netti.nic.fi

In a friendship each party should have a healthy self-esteem. A true friendship is not where one envies the other looking for a chance to succeed on the expense of the one, or in which one uses the other. A friendship is not black mail!
Friendship may be be considered by some overrated. Such people prefer to be alone, but humans are social animals, and even hermit natured people need company sometimes.
Theoretically, all should have at least one friend. In fictional works the hero has usually a friend or friends, on whom the hero may count on almost everything. The fact is that several discriminated, bullied, beaten, and lonely people pass through, the world in need of friends.
Suicides, school shootings, and other bloody attacks would be reduced likely if people would be able to live in harmony. There are bad people always, but there could be less bitter people. Friendship can prevent self-destructive thinking. A friend may also notice if something is wrong.Scientifically viewed friendship is a phenomenon which is equally difficult to explain and explore as love, but recently with psychology, and magnetic resonance imaging it has been possible to study the reactions that friendship creates in a person.